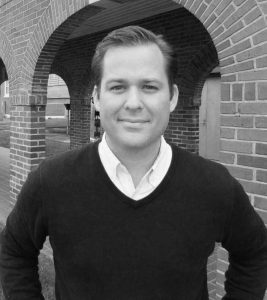 Jason is an attorney and international political advisor whose diverse portfolio of expertise ranges from the health care and technology sectors to advising world leaders.

As both a Vice President of Government Relations and Political Affairs at First Choice Medical, a global health care technology company, and as Managing Director of The Emert Group, Jason has specialized in public affairs and government relations. As a political advisor, Jason successfully advised current Jamaica Prime Minister Andrew Holness and served as National Co-Chair of the Young Professionals for Ted Cruz.

Jason’s global network was developed through his distinguished service as the former Chairman of the International Young Democrat Union (IYDU). Currently, Jason is Chairman Emeritus of the IYDU, which is the youth association of the International Democrat Union (IDU) chaired by former New Zealand Prime Minister John Key. IDU was established in 1983 as an association of conservative and center-right political parties by Prime Minister Margaret Thatcher and then Vice-President George H.W. Bush. Similarly, IYDU was founded in 1991 at the White House under the auspices of President Bush. During his chairmanship, Jason led IYDU to a period of unprecedented global growth and development.

Today over 80 parties in more than 60 countries make up the membership of the IDU/IYDU and their regional affiliates. Through his relationships within in the IDU he has been able to work and maintain relationships with political party leaders, members of parliaments, government ministers, and heads of state. Particularly, Jason has worked with people in Ghana, Taiwan, Malaysia, Brazil, Jamaica, St. Lucia, Mexico, Honduras, El Salvador, Colombia, Canada, Hungary, Albania, Kosovo, Macedonia, Australia, New Zealand, the United Kingdom and many, many more. There are few places in the world Jason does not have a connection.

Jason is a member of the Florida and District of Columbia bars, and admitted to practice before the United States District Courts of the Southern and Northern Districts of Florida, and the United States Court of Appeals for the Eleventh Circuit. Plus, he is an adjunct professor of U.S. foreign policy and international relations, as well as a member of the Leadership Institute’s Volunteer Faculty.

He is a graduate of Southern Illinois University, where he was a starting punter for the Saluki football team; the University of Louisiana B.I. Moody III College of Business (MBA); Texas A&M University George H.W. Bush School of Government & Public Service (CAIA); and the University of Miami School of Law (JD).