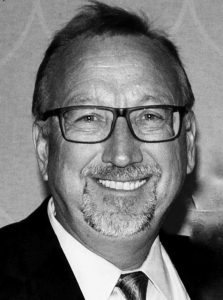 His extensive political, governmental and diplomatic experience includes working as consul for the Republic of Lithuania, senior adviser to United States Senator Ted Cruz during the 2016 presidential campaign, chief of staff to the Senate Majority Leader in the upper chamber of the Michigan Legislature, and chairman of the Michigan Republican Senate Campaign Committee. Additionally, Anuzis has worked with former Speaker of the House of Representatives Newt Gingrich and Congressman Jack Kemp’s 1988 presidential campaign. In 2012, Anuzis was appointed to the NRA Board’s Public Affairs Committee. He served on several non-profit boards as well as a Gubernatorial Appointee to the Michigan Jobs Commission.

Anuzis studied economics at the University of Michigan-Dearborn. He is married to Lina and together they have four sons.

What Others Say About Saul Anuzis

“You have, in Saul Anuzis, one of the greatest state chairman in the Republican Party today. His courage, his hard work, his determination is extraordinarily important.”
—The Honorable Newt Gingrich, former speaker of the House of Representatives

“Saul Anuzis is a widely respected leader of the conservative grassroots movement, not only in Michigan, but across the country.”
—2012 Republican presidential nominee Mitt Romney

“Mr. Anuzis is doing exactly the right thing to bring Republicans back to majority status.”
—The Wall Street Journal